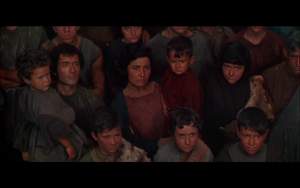 Spartacus: Between Spain and Hollywood

Spartacus was supposed to be filmed entirely in California. By 1960 there was growing alarm about the impact of “runaway” productions, which sought to cut costs by filming overseas, on Hollywood. Edward Muhl, longtime production director for Universal Studios, which was financing Spartacus, sought to demonstrate that an epic film could be made entirely in the US. Kirk Douglas, both producer and star, brought on a young Stanley Kubrick to direct (after firing Anthony Mann from the job). Kubrick, however, wanted to film in Europe. In the end, while the interiors and much of the first half of the film […]